As a continuation of its leadership in ranching and cattle operations, King Ranch developed the Santa Gertrudis and Santa Cruz breeds of cattle.

In the early twentieth century, under the leadership of Robert Kleberg Jr. and Dick Kleberg, we were able to develop the Santa Gertrudis breed. 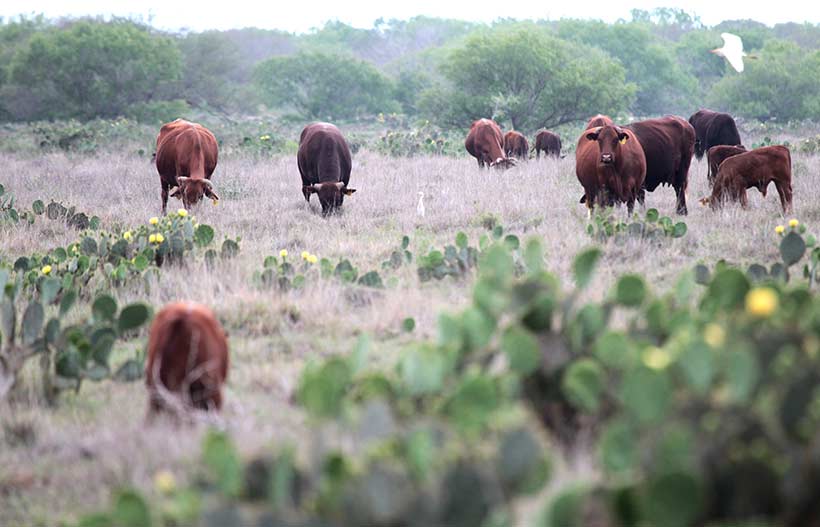 This breed is recognized worldwide as being able to function productively in hot, humid and unfavorable environments. In order to accomplish this goal, King Ranch breeding experts selectively crossed Indian Brahman cattle with British Shorthorns to develop an animal which is recognized as being 5/8ths Shorthorn and 3/8ths Brahman. In 1920, many years of experimentation culminated with the birth of Monkey, a deep red bull calf. Monkey became the foundation sire for not just a superior line of cattle, but for an entirely new breed. In 1940, the Santa Gertrudis breed was recognized by the U.S. Department of Agriculture as the first beef breed developed in the United States; it was also the first breed developed anywhere in the world in more than a century.

Today, the Santa Gertrudis thrives in harsh ranching climates all over the world, and is the most prevalent breed of cattle in Australia. The development of the Santa Gertrudis breed is a testament to the vision and persistence that have characterized King Ranch’s operations from the very beginning. 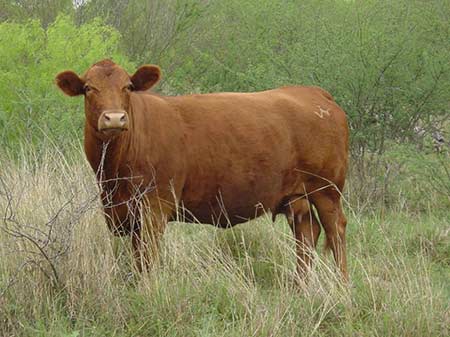 King Ranch has more recently developed a composite breed of cattle that, in addition to withstanding harsh South Texas and semi-tropical climatic conditions, better responds to the changing tastes of many contemporary beef consumers.

Recognizing that many consumers desired a better marbled and tenderer cut of beef, King Ranch, under the leadership of Tio and Scott Kleberg and aided by breeding specialists, over the course of more than a decade of intensive research and development, created a new composite beef animal that reflected this shift in consumer preferences. To produce this new composite, King Ranch breeding specialists first crossed Santa Gertrudis cows with Red Angus and Gelbvieh bulls.

The early innovations of the first King Ranch breeding specialists continue to inspire their modern-day counterparts on the ranch and the development of the Santa Cruz composite proves that this spirit of innovation continues to thrive at King Ranch.