In the early days of the ranch there was a terrible drought in South Texas and Northern Mexico. Captain King traveled to the little hamlet of Cruillas in the Mexican state of Tamaulipas. 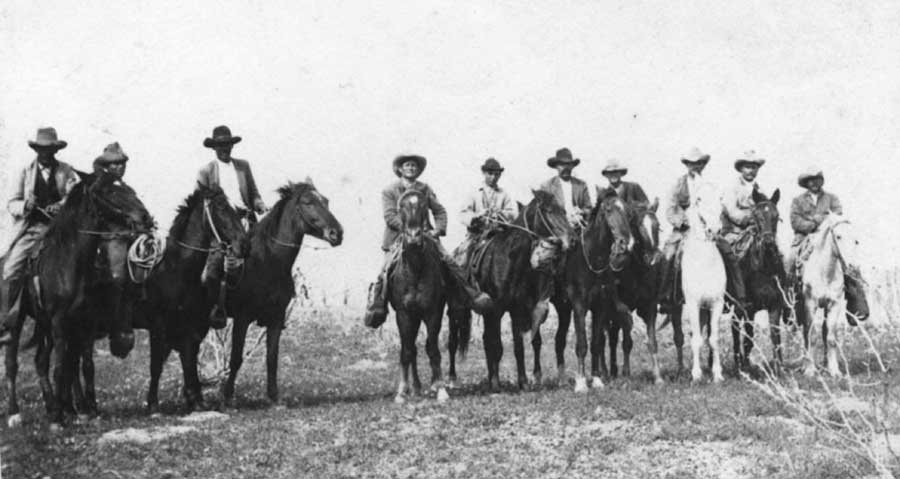 The townspeople were in such dire straits that they sold all of their cattle to him in an attempt to survive the drought. A short distance out of town, slowly driving the cattle north toward Texas, Captain King realized that, in solving an immediate problem for the people of Cruillas, he had simultaneously removed their long-term means of livelihood. He turned his horse back toward the town and made its people a proposition. He would provide them with food, shelter, and income if they would move and come to work on his ranch. The townspeople conferred and many of them agreed to move north with Captain King.

Already expert stockmen and horsemen, these resilient denizens of the rugged Mexican range became known as Los Kineños – King’s people. They and many generations of their heirs would go on to weave a large portion of the historical tapestry of King Ranch. The expert Kineño cowboys now occupy a justifiably legendary place in the annals of the taming of the vast American West. The mystique of the Kineños is alive and well, and descendants of the original Cruillas residents still live and work on the ranch today – providing a vital link with the past and giving the ranch a key aspect of its unique atmosphere.