Richard King’s descendants have been pioneers in wildlife management. They created visionary farming and ranching techniques and have managed the land to be productive while conserving and nurturing vital habitat for wild game – orchestrating a harmonious balance between wild game and domestic livestock on the ranch.

In addition to being one of the birthplaces of Texas ranching, King Ranch, comprising 770,000 acres of pristine wildlife habitat, also boasts the distinction of being the birthplace of Texas game conservation. Abundant wild game is almost taken for granted in modern-day Texas, but there was a time when the bounty of Texas wildlife was at serious risk. Throughout the 19th century, wild game was abundant in South Texas, but by 1910, deer and wild turkey populations were almost completely eliminated. During a week of hunting on the Norias Division in 1920, a party of six experienced hunters was able to harvest only one deer. 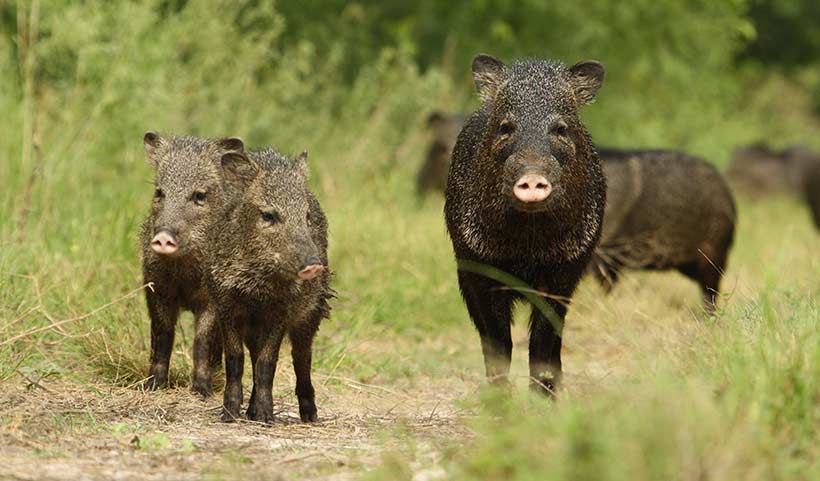 Intensely concerned about the rapid depletion of wild game on the ranch, Caesar Kleberg led the effort to establish the first game management policy in Texas. Mr. Kleberg spearheaded many game management initiatives, including the building of fenced areas and brush shelters that created cover for quail. He also built overflow tanks at windmills for wildlife. He and Alice King Kleberg, who is widely credited with saving the wild turkey in South Texas, also traveled to Austin and led the initial push to create Texas’ first hunting laws. By all accounts, Caesar Kleberg loved the land and the vast diversity of wildlife that thrived on it. He realized that for wild game to flourish so that generations of hunters could benefit from ample quarry, game assets needed to be managed. He clearly voiced his concerns to his cousin, Robert Justus Kleberg, who clamped down strict hunting rules for family and everyone working on King Ranch while simultaneously initiating the ranch’s first concerted predator control effort. These efforts paid off in later years, as the Texas Game and Fish Commission used the reservoir of game on King Ranch to stock other regions of the state and the U.S. 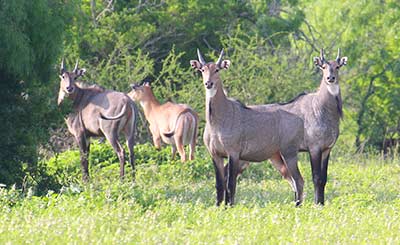 Today, Caesar Kleberg’s vision and passion for wildlife carries on in King Ranch’s modern game management and hunting operations. Hunters can pursue deer, wild turkey, quail, javelina and wild hog on the ranch. The exotic, but elusive, nilgai is also a popular hunter’s pursuit on the Norias Division. King Ranch acquired the ranch’s first nilgai brood stock principally from the San Diego Zoological Garden in the late 1920s. Today, as a living testament to Caesar Kleberg’s vision for game management, the nilgai, like all the other game on King Ranch, are flourishing. The nilgai has been a particular success, and King Ranch is now home to approximately 12,000 of these majestic animals. 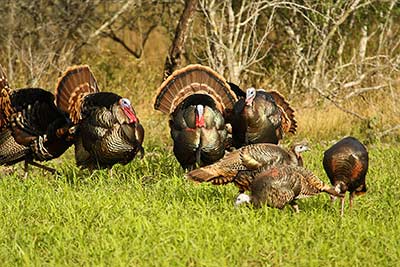 Much of King Ranch remains a pristine wildlife habitat that includes huge live oak mottes, thousands of acres of mixed brush environments, and extensive coastal prairies and marshes. Baffin Bay, known by saltwater fishermen to be the best place on the Texas coast to pursue speckled trout and redfish, forms the western and southern borders for the Laureles Division.

Home to Rio Grande turkey and a wide variety of other game and non-game species of wildlife, King Ranch stewards what is probably the largest population of wild bobwhite quail and quality white-tailed deer on a single ranch in the nation. 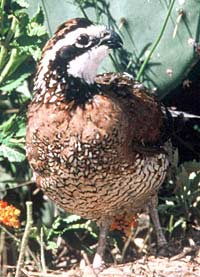 Although King Ranch leases the majority of its land for private, recreational hunting, the ranch also maintains and manages thousands of acres for guided hunts for white-tailed deer, turkey, feral hog, javelina, nilgai antelope and other game. King Ranch makes these hunts available to the general public in accordance with overall ranch wildlife management objectives.