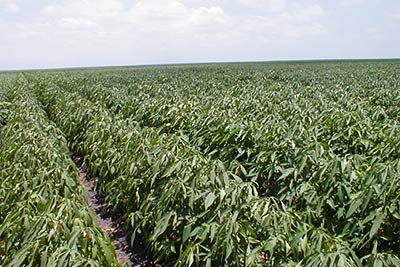 During the Civil War, Captain Richard King bought, sold and exported cotton by the thousands of bales to European markets via the Rio Grande and Mexico. In the early 20th century, King Ranch pioneered cotton cultivation and processing in South Texas, and today it is one of the largest cotton producers in the United States. King Ranch also gins its own cotton at its modern, state-of-the-art ginning facility on the Laureles Division of the ranch.

In addition to King Ranch’s significant South Texas operations, the ranch has extensive operations in Florida.

First established in 1961, the main South Florida farm is in the Everglades Agricultural Area, a highly productive farming zone characterized by organic soils, abundant rainfall and mild winters. Originally developed as a cattle operation, the farm covered some 42,000 acres. Over the years, the land holdings have been pared down to 20,000 acres and converted entirely to farming activities. 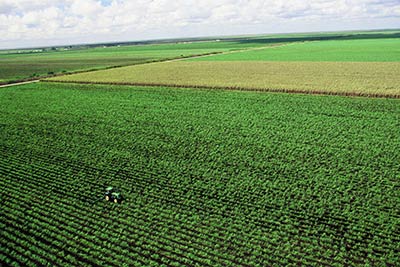 After processing, King Ranch’s cane yields about 120,000 pounds of raw sugar, and about 3.5 million gallons of molasses. Through its participation in the Sugar Cane Growers Cooperative of Florida, King Ranch stays highly attuned to the changes in the sugar market. 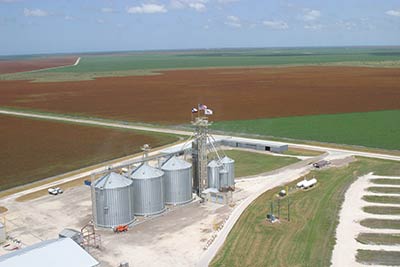 King Ranch is especially proud of the environmentally conscious “best management practices” farming policies it has implemented throughout its Florida operations. King Ranch believes that good farmers are good stewards of the land, and makes every effort to reduce the regular impact of farming on the environment by: testing soil and using scientific research for fertilization; applying fertilizer using advanced equipment and proper amounts; and benefiting plants without affecting water resources. King Ranch also works to reduce erosion to keep soil in place and takes environmental conditions into account when using pesticides to minimize pesticide drift potential. Additionally, King Ranch thoroughly trains all its workers to protect themselves and the environment. The tradition of nature stewardship that has distinguished King Ranch from the beginning also infuses King Ranch’s Florida operations.